We are so excited to be relaunching Individualise at a time when our home city consistently tops the "best place to live in Britain" polls.

It’s not just the community spirit (although that’s a large part of it), the city’s vibrant and eclectic culture (it’s that too), Isambard Kingdom Brunel, Banksy or Massive Attack, or the fact that it has more hours of sunshine than any other city in Britain. No, it’s all of these things – and more.

When Treasury Chief Secretary Elizabeth Truss MP came to the city last month she hit the nail on the head when she said: “There’s something very special about this part of the country”. She was visiting Ultrahaptics, a Bristol-based cutting edge technology firm that uses ultrasound to project physical sensations.

And, right now, Ultrahaptics embodies much that is exciting about Bristol as a creative and technology hub. Less than two years ago, Ultrahaptics was a start-up, the brainchild of Bristol University computer science graduate Tom Carter. He had the intriguing vision of using ultrasound to create gesture-based controllers that not only respond to the user’s movements but also interact back, giving the user the impression that they can feel a real device at their fingertips. A meteoric rise now sees his company employing more than 100 people and attracting attention from industries across all sectors: from the automobile to medical.

It’s interesting to note that Ultrahaptics began its business life based in The Engine Shed, an enterprise hub of workspaces for creative, high-tech and low carbon business housed in Brunel’s original train station next to Temple Meads. The Engine Shed’s mission is “to generate and encourage innovation through collaboration and networks”, and it is a place where ideas are bounced around and creativity and innovation are the order of the day. It certainly worked for Ultrahaptics.

But The Engine Shed is just one of many hubs here offering similar creative environments. The Watershed’s Pervasive Media Studio, the Bristol Games Hub, SETsquared and Webstart Bristol all offer spaces where people can get together and generate fresh concepts.

And all these are just microcosms of what’s happening in the city at large. From Instagram workshops for all to specific Women in Tech groups, there’s always something happening in the creative, media and tech worlds that’s inspirational or galvanising in one way or another. And whether it’s attending Bristol Social Media week or a “charity hackathon” (we helped create the Gympanzees website) we realised how much we enjoy getting involved in this scene.

If we think back to the city in which we live and work we realise that perhaps, like us, it is more than the sum of its parts. While we at Individualise may love the fact that we live right by the Gloucester Road – Britain’s largest street of independent retailers and home to a bounty of coffee stores (including one we use as an occasional unofficial office) – enjoy Nordic Walking on the green expanse of The Downs or visiting what has to be one of Britain’s most beautiful cinemas (The Everyman), our professional life has been given the greatest boost by the unique environment that thrives in this amazing city. 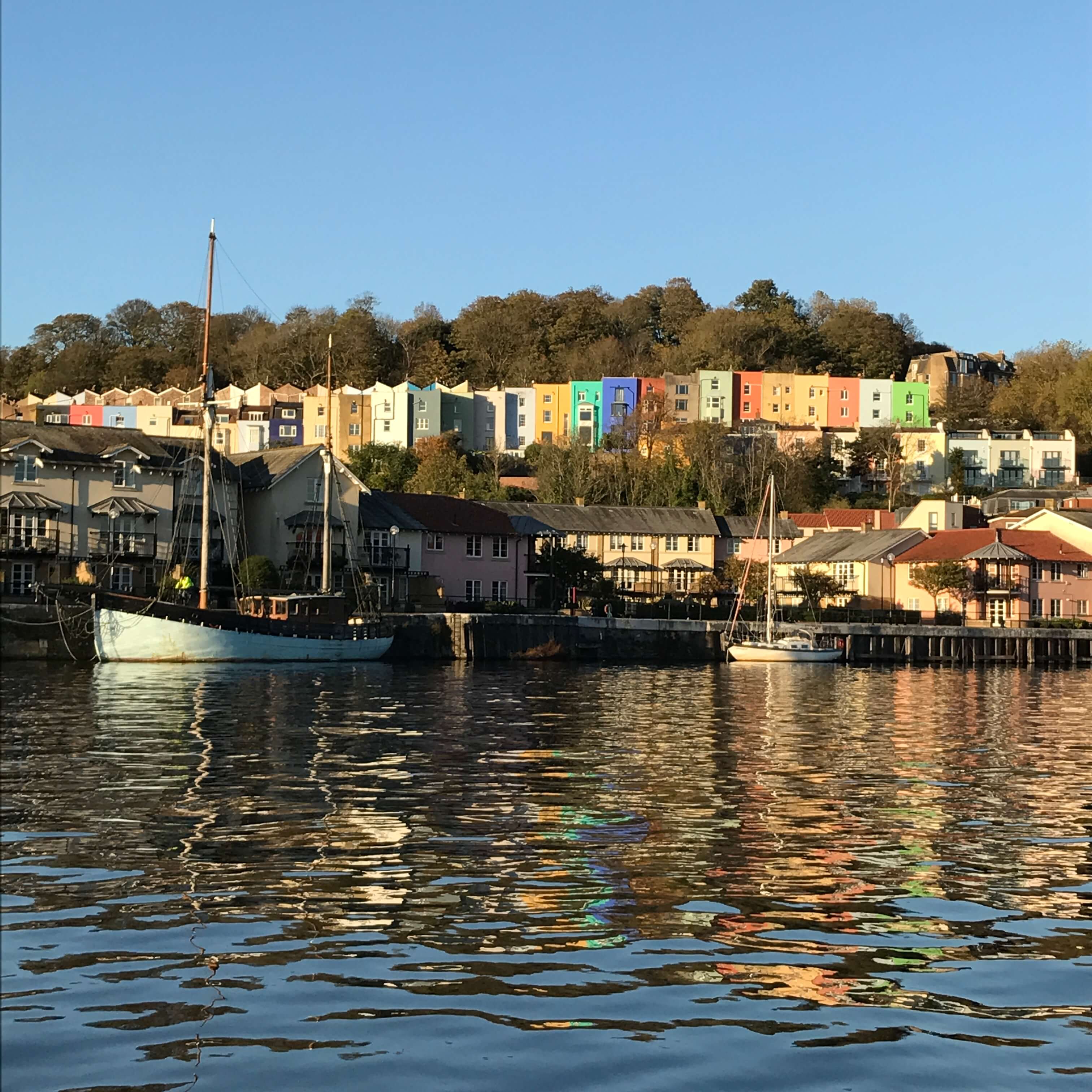 So it was perhaps inevitable that living and working in a place that creates such a dynamic culture of optimism and potential that as two mums sharing one creative vision, we felt it was more than possible to take the plunge and combine our talents into a single business venture. Visual creativity combined with technical knowhow and a love of words means we can offer a complete service for anyone wanting to either launch a new website or revamp one that’s not working for them.

Bristol isn’t just what it has to offer; there’s a something in the air here too. And somehow Bristol’s energy worked its magic on us and helped us identify our own synergy. We completely concur that this is THE best place to live in Britain.

Of course this being Bristol, not everyone agrees. When the Sunday Times declared it the best place to live last year, bright red “Make Bristol Shit Again” stickers started appearing mysteriously across the city.

Did we mention we love Bristol’s independence of mind and spirit and sheer bloodymindedness too?

Want to know how SEO can help your business grow?

Get your free report to find out what actions you can take to get Google to love your website.

Blogs to build a better business

Book a free strategy call to find out how we can help get your website and digital marketing on track.

Let's see how we can help get your website and digital marketing on track.

Send us a message